Or another e-reader such as a Nook, Kobo, Sony ereader or perhaps even an Apple iPad or Android tablet.  Whatever you got, Merry Christmas.

And I have a Christmas present for you too, whether you have an ereader or not. For today only (that’ll be Christmas Day 2013), you can download for free all my work.

The Deluge of Elias, a future dystopian short is only available on Kindle, and you can find it here: http://smarturl.it/TheDelugeOfElias

orror tale set in West Wales, follows a young American as he searches for his roots, but finds more than he bargained for. You can get this from Smashwords using coupon code: UE59Q to discount it to *FREE* https://www.smashwords.com/books/view/283929

And what about Lament for the Living? My first full novel, set three years after the destruction of society, Lament for the Living follows the survivors and their struggles with the past, present, and future. Oh, and it has zombies in. You can get this from Smashwords using coupon code: AZ25E to discount it to *FREE* https://www.smashwords.com/books/view/313539

All my titles are published by TBFmedia.com and are only available through the associated links. Lament for the Living is available in paperback via Amazon http://smarturl.it/LamentForTheLiving or if you’d like a signed copy then they are available direct from TBFmedia: http://www.tbfmedia.com/lament-for-the-living/signed-copies/

Remember, you can read any of these titles with or without an e-reader by using the Kindle reader App for your PC/MAC, or Adobe’s Digital Editions software.

My wife has a Kindle. When I wrote my first stories I formatted them for the .mobi scheme used by Kindle. But I was keen to branch out so at Christmas Santa brought me a Nook (from the Barnes&Noble stable) and my mother had a Kobo from …. erm, not sure where they come from but they’re kind of affiliated with WHSmith here in the UK.

Anyhoo, Kindle = .mobi. Kobo, Nook and pretty much everything else is .epub. They’re fairly similar, but the .epub format needs extra tags and things that at the time were too much work for me to get my head around.

Now, on the brink of releasing ‘Lament for the Living’ I had intended to publish it to Kindle, and also to the Nook via pubit/nookpress. That was until I discovered that I can’t.

Why? WHY!? Why can’t I publish to these other services? Because I’m not American, or rather, because I don’t live in the USA.

I contacted Nook UK customer support asking them when/if they would be allowing UK authors to use their service but the speedy (but unhelpful) reply was to contact B&N directly. So I emailed them…. no reply so far.

So it looks like Amazon are cornering the market in more ways than one, and for UK authors they seem to be the only real option (except for publishing through Smashwords and having them propagate through to B&N and others – but why should we?!).

On a side note, so far I have bought zero books for the Nook. Yes, that nada, nil, not a sausage, and while they continue to exploit and ignore the UK market I’ll not be buying any for it either.

Should have bought a Kindle 😦 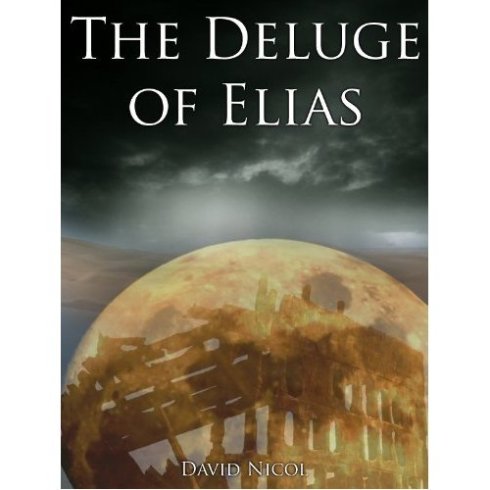 I wrote a short story and put it on the Kindle Marketplace on Amazon.  It’s currently free until Midnight PST (13th May 2012) so if you want to read it for nowt then go get it quick.